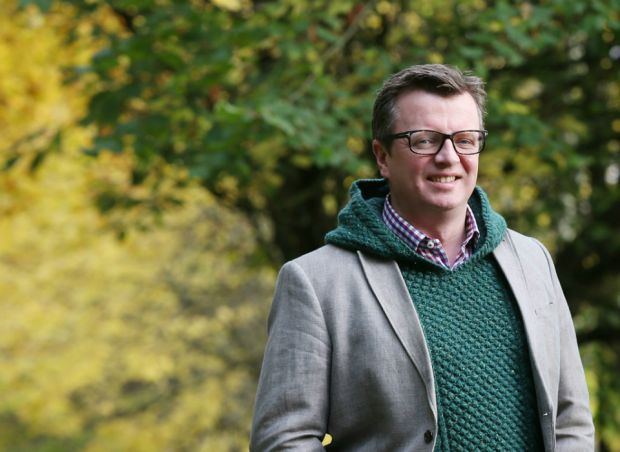 ‘We completely ignored all the advice’

To a large extent, the boom bypassed Donegal. Per capita disposable income lingered at 85 per cent of the national average during the entire period from 2002 to 2011. By the 2011 Census, the county’s unemployment rate had climbed to a staggering 26.2 per cent.

“In 2011, a number of multinationals had located in Donegal, and because they were exporting, were shielded from the recession. But other areas were hit hard. Manufacturing was down. Retail was about three years off beginning to recover,” says Patsy Donaghey, who manages the CoLab incubation centre attached to Letterkenny Institute of Technology (LYIT).

But the outlook wasn’t all grim. In 2011, CoLab had already had some success attracting emigrants back to Donegal, and there was a burgeoning atmosphere of entrepreneurialism and innovation.

One of those returning diaspora was Ian Harkin.

“Racing grannies were how I got my start in business. I was on a year out in Australia, and I met a product designer who had some ideas for novelty gift ideas, the kind of things people buy as secret Santa presents. We brought his racing grannies idea to market and the business rocketed: within three years, we had offices in Hong Kong, New York and London.

“My next business venture was a Kate Middleton doll – I developed it in 2011 with Lucie Follett, who became my business partner at Arklu.

“We found ourselves being approached again and again by people who said there was a gap in the market for a wholesome, alternative doll for younger children. For a year and a half, we researched the idea and found that pretty much every doll in the market was based on an adult.

“We designed our doll, Lottie, based on the body of a nine-year-old child, to be relatable, age-appropriate and fun. “Retailers were saying that won’t work, it’s not what the public wants. They said if you want to do a doll it has to be 11.5 inches, it has to be pink and glittery and have blister packaging. We completely ignored all that advice when we developed Lottie. Our packaging is 80 to 90 per cent card and we’ve reduced the amount of ties inside the packaging.

“At that stage, I was working from a laptop at my kitchen table in London. It came to the point where we had to make the decision to just do it. So I sold my home in London and put every penny into the business. I approached Enterprise Ireland, who agreed to match my funding of €250,000. We wanted to create 10 jobs. The idea of doing it in Donegal, where it was needed most, really appealed to me.

“Pretty much everybody else said it was a terrible move, from the perspective of networking, talent and access to funding, or customers. But as long as there was broadband, I knew it didn’t matter. No matter where you’re based, you’re still going to have to get on airplane and go to America, China or the UK.

“I started off at a hotdesk for just myself in CoLab. We’re up now to a 200-metre space within the building. Last year we doubled our turnover, and this year we should double it again. Next year we will have playsets, buildings and some exciting new partnerships to announce.

“Six of our dolls have been designed by children. One of them, Stargazer Lottie, was designed by a little girl in Canada. The doll went up in a rocket last December and spent 264 days in space. “One of the things we’re doing this year is addressing gender stereotypes. We’re going to introduce some more Finn dolls, and we’re developing four ethnic dolls. We recently announced a book deal with Penguin, building it into storytelling and adventures.

“One of the most difficult phases for a start-up is the growth phase – nobody really appreciates that growing requires more money. You need to be constantly looking at your business plan and revising it – every two weeks or so. My background is as a chartered accountant, and I believe that’s a fantastic grounding for entrepreneurship.

“If you’re starting up your business, you have to be prepared for something to go really wrong every six months. There’s some days things go wrong, and you think, ‘How am I going to get through tomorrow?’ My advice is to get your sleep, because it never looks as bad the next day.